“Trow at Once ran to the Canal and Jumped in to the Rescue…” Or: The Heroics of a Victorian Tram Conductor:

In the 1700’s, at the height of the industrial revolution, canals cut across the green and pleasant land of Britain. They were to the 1760’s what railways were to the 1860’s; the veins of commerce pumping life from city to city, keeping the heart of industry pumping. Canals were densely packed virtually all the way from Liverpool to London via all the big manufacturing centres such as Birmingham and Sheffield in order to transport large materials or items in a mass and speed that was unachievable on roads at the time, especially for large freight such as coal (the price of which dropped dramatically once it could be transported in bulk by canal, as opposed to the more costly, time consuming and inefficient transport by road) When the railways came, however, the efficacy of the canal was trumped. Trains were much faster and could carry even more freight. In time, transport of goods via train became cheaper, too, and use of the canals declined.

Throughout England’s history, 56 canals have been abandoned, either reclaimed by nature, left as water-less ditches or filled in and urbanized. One such abandoned canal was the Newcastle-under-Lyme canal in Staffordshire. But why have I decided to write about a canal that was opened in 1800 and officially closed in 1935? What on earth is Victorian about that? Well, sometimes I find it can be more fun researching 19th century events that are a little lesser known to the greater world. I find it can add fine detail and almost ‘humanize’ the behemoth that is the Victorian period if a little story like this is examined rather than a big story, such as, say, a war.

So, why am I writing about a now-disused canal in Staffordshire?

Well, in April 1894 the canal witnessed an act of Victorian heroism that is still commemorated in the area to this day.

The Newcastle-under-Lyme canal ran alongside London Road in Hanley, Staffordshire (although now there is no trace of it) and this road was served by a tram. On 13th April 1894, the conductor of the tram was twenty-two year old local man Timothy Trow, and as his tram approached London road, four-year-old Jane Ridgeway was playing on the towpath…

Richard H. Weir, in his 1980’s Staffordshire-themed book ‘Six of the Best: A Potteries Companion’ describes the events that took place next:

‘Imagine the scene in 1894. In those days London Road was a cobbled highway, resounding to the screech of steam-trams as they slowed to a halt near this spot. Between pavement and water's edge were iron railings and a row of tall trees. As a tram drew close at 4 o'clock, one April afternoon, its young conductor heard screams coming from the canal. He looked up and, seeing a little girl, terrified and flailing desperately to stay afloat, wasted no time in vaulting the railings and plunging into the chill water to her rescue. By fate's intervention, he was tragically seized by a violent cramp and sank like a stone to the bottom. The child was later pulled out alive.’ 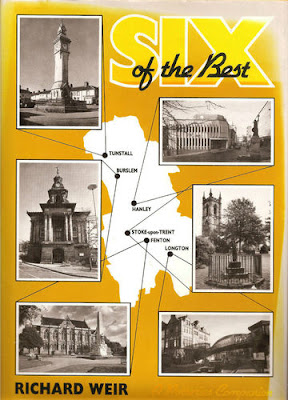 A more detailed – if less pleasing to the imagination – version of the incident was reported in a midlands newspaper three days later following the coroner’s inquest:

STOKE-ON-TRENT
The Sad Death of a Tramway Conductor.
On Saturday Mr. J. Booth (coroner) held an inquest on the body of Timothy Trow (22), a conductor in the employ of the North Staffordshire Tramways Company, who met with his death while attempting to save a child from drowning. The previous afternoon deceased was in charge of the car working on the London Road section of the tramways. About a Quarter past four o'clock, just as the car was about to start from the West End terminus, attention was attracted by the sound of a splash in the adjoining canal, and on observing that a little girl had fallen into the water, Trow at once ran to the canal and jumped in to the rescue. He walked part of the way across, until be was up to the waist, when he suddenly sank very much deeper, and called out to his fellow workman, the engine driver, that he had the cramp. He appeared to become helpless, and a Mr. Henry Lloyd, of Berresford Street, Shelton, entered the canal to his assistance.
Deceased got hold of and struggled with to Lloyd, who was ultimately obliged to leave him to ensure his own safety, and Lloyd, being also seized with cramp, had to he assisted on to the towing-path. In the meantime the child had been rescued by John Forrester, of Wellesley Street, Shelton, who also made an attempt to reach the deceased, but without avail. Everything, in fact, was done to rescue Trow, but the efforts proved futile, and the body of the deceased was not recovered until about half an hour later.
The Coroner said that there could be no doubt that Trow lost his life in an heroic attempt to save that of the child, and appeared equally clear that the conduct of the other persons present when this distressing fatality occurred was very laudable.
The Jury returned a verdict of “Accidental Death.”
- Birmingham Daily Post, April 16th 1894

Such was the empathy of local people for Trow’s actions they collected money for a memorial to be erected to remember him. The obelisk is still standing today, as can be seen below, sitting next to where the towpath of the canal would have been until 1935.

So there we have a tiny piece of the nineteenth century jigsaw to add to the whole wonderful patchwork puzzle. Old newspapers can be an excellent source to find stories such as these, and even lesser stories, long forgotten by everyone, but which deeply affected people at the time they happened. I know its something I keep saying, but if you like history and enjoy researching, then I do recommend you try and get hold of an old newspaper and scan through the pages, it’s a great way to pass an hour or two!

Posted by The Amateur Casual at 22:54