Another antique book received in the post from Victorian-novels.co.uk, this time:
“Industrial Explorings In and Around London” written in the year 1895, this is the second edition, printed 1896.
In the book, the author / reporter jauntily capers around late Victorian London exploring the various industries, including the piano works, the candle works and rubber works.
Having examined the Victorian use of gas last week as part of the ‘Beyond the Door; or “The Homes of the Victorians” series last week on this blog, I thought it apt to post the author’s humerous chapter on gas, in which he visits the West Ham Gas Works in Stratford, pictured below. 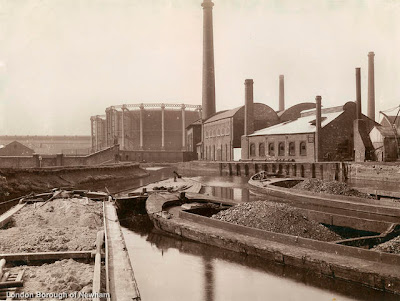 Posted by The Amateur Casual at 10:24